Homes for Sale in Davis 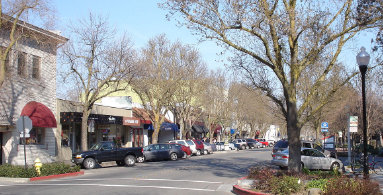 Search all Davis houses and real estate listings below. Davis, a campus town, is best known for one of the highest ranking Universities in Central California, the prestigious University of California at Davis. Davis is located west of Sacramento on Interstate 80 which is a straight shot from Sacramento and approximately 15 miles away from Downtown Sacramento.

Don't miss out on your dream Davis home! Be sure to sign up for a free account so that you can receive email alerts whenever a new listing (that matches your criteria) gets listed in the Davis MLS.

The City of Davis in California has made no secret that they have a moratorium on growth. There is a reason why Richards Blvd. is only 2 lanes that is their way of keeping strangers out. The laws are very explicit no smoking in their City. There was even a case that went to court over someone snoring to loudly.

Davis knows what it want and they don’t care who knows it. Don’t like it, don’t move into Davis. It’s just that simple. There is a little bit of everything in Davis from the wide tree-lined streets with nostalgic homes to the apartment dwellers attending the University.

Village Homes is an area of environmentally friendly homes that has been going strong since 1975 this is the solar and “Green” area for Davis. You won’t find sidewalks boarding the streets instead you’ll find narrow streets which cuts down on the pavement heat. The houses face inward to a sidewalk/biking trail of common area. This type of style is conducive to knowing your neighbors and having a friendly, safe area for the children.

Welcome to Davis, California in Yolo County. If you are planning on moving or relocating to California, this is a great place to learn a little something about each of the areas and neighborhood Real Estate prior to deciding where you would like to live.

Davis, a campus town, is best known for one of the highest ranking Universities in Central California, the prestigious University of California at Davis. Davis is located west of Sacramento on Interstate 80 which is a straight shot from Sacramento and approximately 15 miles away from Downtown Sacramento.  You will be pleasantly surprised at the Davis neighborhoods and quaint Downtown walkable, bikable town.

Davis University is known for agriculture and their medial division which ranks highly.  The Mondavi Center for the Performing Arts is one of the finest in the area.  Want to read the Davis Community Network and find out what is happening?

The City of Davis calls itself, “The Bicycle Capital of the World.”  Crisscrossed with bike trails, greenbelts, a Downtown corner with a statue of 2 joggers, sidewalk cafes, bakeries, bookstores, theaters and art galleries gives the ambiance of the outdoor life and high energy of its residents.

The school rankings are among the highest in the state and many students go on to further their education right there in Davis, at the University.  Unlike Berkeley that is a more urban campus, Davis has a country atmosphere.

The streets in Davis are quaint with older homes, large lots and older trees.  Many of the homes were built in the 50’s and 60’s and Davis has kept building in the area to a minimum. However Mace Ranch on the east side houses approximately 5,800 newer homes and Wild Horse is a master-planned community with a golf course Quite a few 2 story and four plus bedroom homes along with parks and other amenities can be found at Wild Horse. Lake Alhambra offers custom homes around a man-made lake which are quite lovely, as well.

The following are a few of the condo complexes and single family home Davis neighborhoods.

Secret places to go in Davis …

Don’t forget to add these to your list of MUST Sees and Do’s for Davis, CA

Also be sure to check out the Arboretum Paths which is part of the University of Davis with a long creek and relaxing walk while viewing the ducks and geese, the redwoods, oak trees, Austrian shrubs and the cacti…there is a lot to experience and appreciate in this living museum. Many of the Davis city events are held here.

The City of Davis has what they call “Celebrate Davis!” This event is put on each May at the Community Park on 14th and F Street by the Davis Chamber of Commerce. It’s a great way for getting to know your neighbors, businesses and some down home fun.

Have a Question or Want a Free Market Report?

Have a Question or Want a Free Market Report?